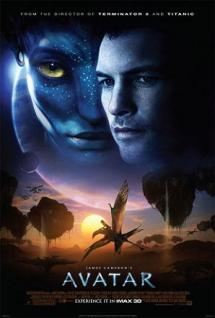 Company to export rice worth $1.6 million

GREEN Trade Company has announced an agreement to export 2,000 tonnes of rice worth more than US$1.6 million to France in August.

Its jasmine rice fetched $810 per tonne from its French buyers as part of a plans to increase sales overseas, Green Trade manager Thun Vireak said.

“We hope the company will be able to find more buyers in the coming months because we are trying to improve production to reach the high standards demanded by the international market,” he said.

Green Trade said it planned to send representatives to Europe to scour the market for international buyers in September.

Green Trade, which is under the control of the Ministry of Commerce, formerly possessed authority to issue export licences to rice exporters.

However, Prime Minister Hun Sen formally nullified the requirement for export licences at a government-private sector forum in April, calling it a “barrier for all rice traders”.

Cambodia now faced a bottleneck in rice exports because of a lack of mills to process its produce, Ministry of Commerce secretary of state Mao Thaura said.

Of some 2,000 rice mills scattered through the country, he said only five produced export-quality rice, with potential for milling standing at about 30,000 tonnes of high-quality product in total.

“Cambodia will be able to export rice in larger amount in the future if more quality rice-producing mills can be developed in the country,” he said. 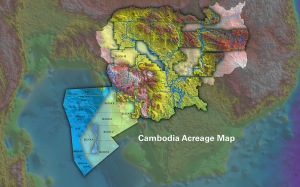 THE long-awaited production of oil in Cambodia is scheduled to commence in December 2012, a leading government official said yesterday, following positive results from off-shore drills.

Deputy Prime Minister Sok An, chairman of the Cambodian National Petroleum Authority, is reported to have set a production date at a speech made to Puthisatra University students at Raffles Le Royal Hotel in Phnom Penh yesterday.

“We hope have the first drop of oil produced on December 12, 2012, at 12am,” he said in a statement, later confirmed by spokesman at the Council of Ministers Phay Siphan.

A source told the Post that the comment came after a high-level CNPA meeting with firms with interests in offshore Block A – a 4,709-square-kilometre area of the Gulf of Thailand.

Interests in Block A are held by energy giant Chevron, which operates the concession and has a 30 percent stake, Japanese Mitsu Oil Exploration Cooperation (Moeco), which also holds 30 percent, Kris Energy with 25 percent, and South Korea’s GS Caltex with 15 percent.

In April, Prime Minister Hun Sen ordered Chevron to start production by 2012 or forfeit its licence.

According to the source, four shareholders from the companies took part in a review with the CNPA on Friday in which positive results from three drill wells in the block were reported.

The companies are expected to submit a final production report on September 18, the deadline for the renewal of their exploration licence, the source said.

He added that the shareholders have expressed concern over apparent disparities between a taxation law and the draft Petroleum Law – which they hope is a “priority” for National Assembly approval.

Chevron spokesman Gareth Johnstone did not respond to an emailed request for a detailed update on extraction progress in Block A and did not confirm a production date had been set yesterday.

However, he did state in an email that: “We are aligned with the Royal Government of Cambodia desire to see production from Block A as soon as economically possible.

“The first oil date is reliant on a successful exploration program, and is dependent on achieving key milestones.”

Te Doung Tara, head of CNPA, could not be reached for comment yesterday.

In a letter dated June 9, Sok An confirmed to the Sam Rainsy Party that 23 companies have been awarded rights to explore for oil in Cambodia, although not all of them are still operating.

He also confirmed that Total had paid US$28 million for a concession, $20 million of which was a signature bonus, with $6 million to be paid into a social-development fund, and another $2 million earmarked for administrative purposes.

International oil companies started exploration for oil and gas in the late 1950s and continued until the outbreak of conflict in 1970. They found little in the way of significant reserves and suspended activities during the conflict period (1975–1991). Exploration activities resumed in 1991, with Cambodia identifying and bidding out onshore and offshore exploration blocks to international oil companies. In 2005, ChevronTexaco (Chevron) announced that it had found oil in block A of its offshore concession. This oil find is estimated on a preliminary basis at around 400–700 million barrels of oil.

Chevron has stated that it intends to commence production from block A in 2010. Blocks B, C, and D are also under exploration, while offshore blocks E and F and onshore blocks 11, 12, 13, and 26 are currently being offered for tender. Thus there seems to be considerable potential for finding oil and gas resources within Cambodia’s territory.

Estimates indicate that the Government might reasonably receive $500 million to $1 billion a year from oil and gas production. This will largely depend on the oil and gas flows and on the agreed production rates. Nevertheless, compared with total Government revenues of about $665 million in 2005, this revenue is significant and does not include the possible income from other adjoining offshore blocks currently under exploration.

Block 15 is located at the northeast of the Tonle Sap Lake in the Cambodian inland, where oil availability is estimated for 30 years, and gas availability for 35 years, and the exploration will take 7 years.

Nearly 10,000 people, including Prime Minister Hun Sen and the chief of the parliamentary friendship group between Cambodia and Japan, celebrated Tuesday the construction of the first bridge over the Mekong River in Cambodia.

The building of the bridge, which links Cambodia’s main road No. 7 to Vietnam, was financed by the grand aid from the Japanese government totaling 6.38 billion yen (some $56 million).

At the inauguration ceremony, Hun Sen said, ”This bridge is the most important artery for economic development in Cambodia as well as for the physical integration of ASEAN, in particular, to narrow the gap between the new and old members of ASEAN.” 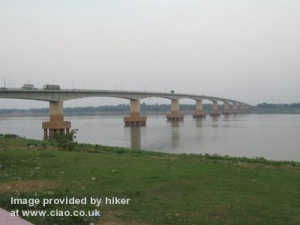 ”It is the very great asset provided by Japanese people toward Cambodia,” he added.

Takami Eto, head of the Japan-Cambodia parliamentary friendship league and Japanese Ambassador to Cambodia Gotaro Ogawa were among the attendees at the ceremony.

The bridge was named as ”Kizuna” meaning ”tie” in English, and thus symbolizing a link between the eastern and the western sides of the Mekong River, and ties between the two peoples of Cambodia and Japan.

At the inaugural event, a traditional celebration of Japanese ”watarizome” or the first walk on the bridge to cerebrate the construction was conducted at the middle of the bridge, which is 1,360 meters in length and 12.2 meters in width. It has an navigational clearance of 15 meters at high water level.

The project started in February 1999 in Phnom Penh’s eastern province of Kompong Cham, 125 kilometers from the capital.

Two workers died and several others were injured in unexpected accidents during the construction of the bridge. It is the second project of its kind in Cambodia since the first bridge was completed in 1960s in Phnom Penh over Tonle Sap River.

Mekong River flows from Tibet in China down to Thailand, Laos, Myanmar, Cambodia and Vietnam before emptying into the South China Sea with the total length of 4,200 km.

The river separates Cambodia into the east and west region, which hinders Cambodia’s economic development due to difficulties in transportation and road accessibility.

Only ferries were available before the completion of the bridge.

At the ceremony, Hun Sen highlighted the fact that the Cambodian government had prioritized roads, bridges and other linking infrastructures in its poverty reduction strategy.

The eastern provinces of Kratie, Stung Treng, Rattanakiri and Mondulkiri are hardly accessible by roads at the present time.